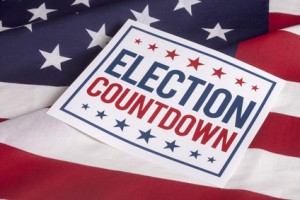 There is always a degree of uncertainty in a National election year. Next November is no exception. What impact will this election have on consumer behavior and how will it affect sales is the question. In order to determine the impact of sales during the Presidential election, we prepared an analysis from the 2004 (Bush vs. Kerry) and 2008 (McCain vs. Obama) elections. The closest mailing we did to election week in 2004 arrived in-home approximately 7-11 days prior to Election Day. In 2008, the closest mailing to the election we did actually arrived in-home election week. For the mailing we analyzed in 2004 approximately 22% of the sales for this period came in during election week. This mailing released just prior to the Presidential election hit in-home 7 to 11 days prior to election week. We estimate that approximately 84% of the circulation for this period was in-home prior to the election. The 2008-mailing hit in-home the actual week of the election. A total of 20% of the demand revenue for this period came in during the election week. Since 2004 had more circulation in-home prior to the election would explain the fact that +2% points of sales came in during election week (vs. 2008). Therefore, it does not appear moving the in-home to election week had any impact on the sales pattern. It is not necessarily a disadvantage to be in-home during election week. Since many other mailers are avoiding that week, there should be less competition in the mailbox. What’s more, the way customers shop has changed significantly over the past few presidential elections. Today, many consumers, who are glued to the television during the election, and also glued to their laptops. It’s become much easier to shop online while watching debates, results, etc. Guess you could say consumers are multi-tasking more!

Conclusion: Mail when you normally mail and don’t alter your schedule because of the National election. Keep in mind, heavy political mail volumes are also expected. Therefore, mail delivery could take longer. We aware of October and early November delivery times. Check with your printer to see if they are building in extra delivery time in their co-mail pools. Lastly, as you plan your fall-holiday circulation next year, keep in mind that there are 31 days between Thanksgiving and Christmas, about the same as this year. The calendar allows plenty of time for holiday shopping especially considering the fact that consumers shop later every year. This will certainly help to offset any impact caused by the Presidential election. Be sure to plan your last drop to hit in-home the week of November 28th. In summary, mail when you need to mail. It does not appear that moving the in-home date to election week has any impact on the sales pattern. I think it is more critical to keep the proper spacing between mailings. Adjusting your mailing schedule in order to avoid the election could result in drops too close together or too far apart. Trying to anticipate the impact of National events like the Presidential election is anyone’s guess. Therefore, my advice is to do what is best for your business.