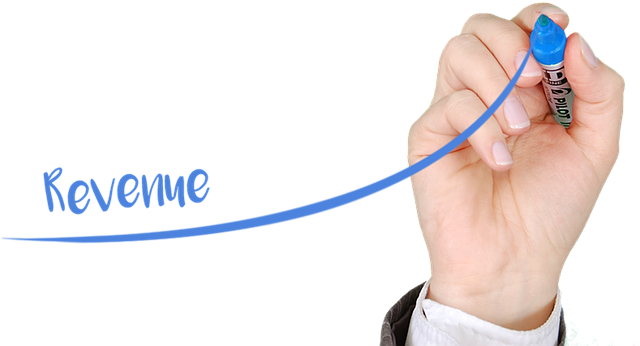 Are you a stock picker or a mutual fund investor? If you have the ability to select specific stocks which always yield a good return, you are among the few.  Most of us feel safer buying mutual funds in order to minimize our risk while still yielding a good return.

For most small and medium sized catalog companies, approximately 50% (or more) of all the prospecting they do is to names selected from a cooperative database. Prospect names selected from one of the five cooperative databases we have compared in our article this month are a good value for the money. First of all, the names are selected from a “model” which means they are best targeted to match your own customer database. Secondly, these names rent for only $60 to $70 per thousand which is less than the per thousand rate for most outside lists (excluding list exchanges). There are some limitations to relying too heavily on the use of cooperative databases which we will discuss later.

Should you prospect using more than one of the cooperative databases? Absolutely. We believe it is important to use all of the cooperative databases as long as they perform for your particular offer. Each one of these co-ops designs their database and builds their models using slightly different methodology. While there is a significant overlap of names from one co-op to another, the modeling techniques they use will yield different names. In other words, one co-op will identify “good” prospect names that the other co-op might not.  However, there is a fear of joining too many co-ops by some mailers and therefore, exposing your buyers to too many offers.  It is a real concern for a lot of list owners that feel their house file would suffer if they were to give up their buyer file any more than necessary.  The truth is that the overwhelming majority of your buyers are not exclusive and therefore, these names are being rented anyway. If the cooperative databases work for you, it makes sense to join them. Testing is the key.

Typically when we do a merge that includes names selected from more than one of the co-ops, we find the overlap to be 30% to 50% or more for the incremental models (all but Abacus). Since Abacus is the largest circulation of the group, they retain the most because they hit against less records.  So, the other cooperative databases are the ones that suffer from the lowest retention.  If the quantity going into the merge was the same, most likely we would net a lot lower on Abacus as well. But still, we are picking-up good prospect names which we can mail at an incremental breakeven or better each time.

When mailing to names selected from a cooperative database, their priority in the merge is important. Some catalogers prefer to level the playing field by giving the co-ops equal priority with all other outside rented names. Giving equal priority to all prospect names enables the cataloger to compare list results more fairly. We prefer to give priority in the merge to the co-ops, however.  Since the co-op database’s names rent for less, we want more of these names to survive the merge. In a typical merge/purge, we give the highest priority to the house file, of course. Next in priority are the inquiries then the multi-buyers from a previous merge. This is followed by the co-op lists being used. After the co-ops come the outside rental names. A random priority is given to all co-op supplied lists just as random priority is given across all outside list rentals.

Please refer to our chart which compares the size and scope of the cooperative databases as of August 9, 2003. Obviously, this chart is subject to change. All five of these co-ops provide high quality, modeled names for prospecting. And again, all five should be part of any well thought out circulation plan. A few comments about each one of these cooperative databases are as follows:

ABACUS: Abacus is the company that started the cooperative database concept in 1990. The thought of a cataloger giving up their buyer file to a company like Abacus who was going to combine their list with other house files seemed pretty outrageous at the time. Today, it is the common and accepted thing to do. Abacus has stuck by the principles on which they were founded. The depth of data that Abacus maintains on each household and across channels is what sets them apart from their competition. Also, they consistently provide larger universes of names to mailers compared with other databases. They have continued to invest in process improvements technology and modeling development in order to increase the amount of quality names they ship to their participants. Abacus has 425 people on staff worldwide. They also have a business-to-business cooperative database which continues to grow. Abacus is a “blind” database meaning they do not publish or reveal their participants.  Abacus provides house file modeling which other co-ops also offer.

Z-24 (Experian): Z-24 has held their pricing to $60 per thousand. You will note that Z-24 has provided us with exact (not rounded) household counts. The level of data metric is an interesting one. Z-24 has told clients that they will accept the SKU-level data but today they do not use this information in their models. Z-24 is an “open” coop and they do publish a list of their participants.

I-Behavior: I-Behavior was the first and largest co-op database built using SKU-level data which offers greater precision in categorizing buyers. They were also the first coop database built at the individual level. They keep names of all buyers in the household, not just the one with the most recent purchase which ensures greater relevance to the recipient (vs. sending the wife a woodworking catalog). This also prevents “averaging” a score among household members so that high-affinity prospects are missed or vice-versa. Another first for I-Behavior was to incorporate a promotion history into their models - as they structured their co-op as a true marketing database. All of the models they build are custom designed for each client and project. I-Behavior offers over a dozen model options, and they have the flexibility to define the analysis universe by seasonality, by geography, by channel, by source, demographics, or any of the raw SKU-based transactional variables contributed into the base. I-Behavior is the only co-op offering attitudinal segmentation through their partnership with Yankelovich and its MindBase(TM) segmentation system. The partnership uniquely allows I-Behavior members to link behavioral targeting with the underlying attitudes and motivations driving purchase behavior.

PREFER NETWORK: Prefer Network, based in New York and a subsidiary of Catalog Marketing Services in Minneapolis, is a fast-growing collaborative with a database of more than 100 million households.  Approximately 300 clients are sharing transactional data -- down to the SKU-level -- allowing Prefer to select names for prospecting based on the actual products customers have purchased, not just the catalogs they've purchased them from. Prefer Network was developed to assist merchants in finding new prospects and targeting their marketing efforts towards those consumers who are most likely to purchase.

NEXT ACTION: Next Action was recently founded by several former Abacus executives. Their growth has been rapid. In their case, approximately 90% of their models have performed at or greater than the list rental average. Their standard model type is based on using title level information (what catalogs they purchase from). However, Next Actions feels they differ from the other co-ops because they retain the transactional data at the item level vs. at the title level. They have found that the number of items and their price points have created very important variables in the model. Next Action believes the item leveling modeling is greatly contributing to the performance of their models.

Don’t stop renting other outside lists just yet!
Be careful not to overuse prospect names selected from the cooperative databases; outside prospect lists should also be rented (or exchanged) for the following reasons:

In summary, be certain your circulation plans include a good mix of names selected from a cooperative database as well as other specific outside lists. It is always advisable to maintain a good balance from the many different sources available to you, the mailer. Whether you use all five co-ops mentioned here or narrow it down to two or three, let the results speak for themselves. Evaluate the top databases, for example, that will provide a profitable universe. Evaluate the results on a contribution basis to see which co-op is the most cost effective. Co-ops do have different price points and the results from each will vary. Maximize your outside list performance and grow your own database by working the cooperative databases in conjunction with the other outside prospect lists in your plan.